The Criollo horse, considered the though one from the Pampa comes from the first Andalusian and Arabian horses imported by the Spanish conquerors in the 16thcentury.

Throughout the time, these horses, often wild, got adapted to their new environment, the Pampa, and became very tough and rough by natural choice. The natives and gauchos who lived there tamed and adopted the criollo horses for transportation and work with the cattle.

One of the essential characteristics of the criollo horse is its toughness since it may go along thousands of kilometers and carry heavy loads without weakening. It is also easily adapted to traditional equestrian games, such as horse jumping or polo.

The criollo horse owes its fame to two distinguished horses, Mancha and Gato. In 1925, Aimé Félix Tschiffely started a crazy expedition with his two criollo horses, to ride from Buenos Aires to New York. With his two faithful companions, he managed to go along 21,500 km in 3 years and a half, breaking the distance and height world record as he went through the mountain range several times with a stop at 5,900 meters high. They finally arrived at 5th Avenue on September 20, 1928; on such date, the national day of the horse is celebrated nowadays. 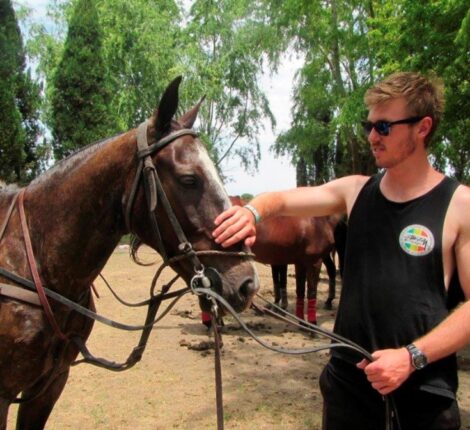